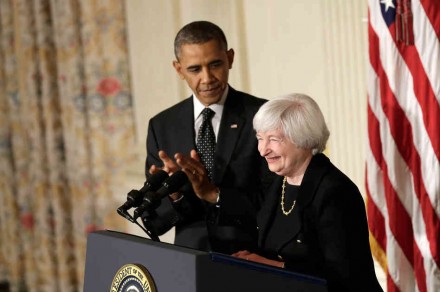 Học Toeic – US President Barack Obama will nominate Federal Reserve Vice-Chair Janet Yellen to be the next head of the US central bank on Wednesday, according to a White House official.

If confirmed by the US Senate, Ms Yellen would replace Ben Bernanke, who has held the post for eight years.

She has been his deputy for the last two years, and would become the first woman to head the Federal Reserve.

Ms Yellen and Mr Bernanke are due to appear with the president on Wednesday.

She has taught at Harvard University and the London School of Economics, as well as holding a series of senior administrative positions in the US.

Ms Yellen, like Mr Bernanke, is seen as a “dove”, meaning she prefers to prioritise boosting employment by keeping rates low rather than worrying about inflation.

Her nomination has been widely expected after former Treasury Secretary Larry Summers withdrew his candidature.

One senior US senator, Democrat Charles Schumer, said Ms Yellen had the backing of politicians and would win Senate confirmation “by a wide margin”.

The chairman of the US Senate Banking Committee, Tim Johnson, said she had “a depth of experience that is second to none”.

“I have no doubt she will be an excellent Federal Reserve chairman,” he added.

The BBC’s chief business correspondent, Linda Yueh, says the transition from Mr Bernanke to Ms Yellen is likely to be “seamless“ and will not have much impact, because the two already work so closely together.

“I don’t think there’s going to be a radical change,” she said on Radio 4’s Today programme, adding that the changeover was unlikely to alter the timing of the Fed’s withdrawal of economic stimulus.

Ms Yellen’s most recent academic post was at the University of California, Berkeley. A former colleague of hers there, Laura Tyson, professor of business and economics, told the BBC her nomination was “terrific news”.

“We have an outstanding candidate who is a wonderful match of skills and experience and temperament and reputation around the world at a time when monetary policy is extremely important,” she said.

“Continuity is important and Janet is an outstanding candidate.”

A former member of the board of governors of the Federal Reserve, Prof Randy Kroszner, told the BBC that Ms Yellen was “battle tested” and would be driven by the data in deciding when to reduce support to the markets.

On the US budget crisis, he added: “There isn’t as much adult supervision in Washington as anyone in the world would like,” but the process did help stop the US reaching Greek levels of indebtedness.