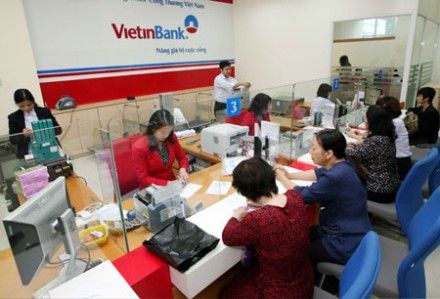 HA NOI (VNS)— Many Vietnamese banks are seeking support from foreign partners, including Japanese investors, in a bid to boost their capital.

A senior banking official who wished to remain unnamed told Dau Tu (Investment) newspaper that his bank was currently in negotiations to sell some of its stakes to a Japanese banking giant.

He said that the Japanese partner had been chosen as there are similarities in cultures and retail strategies between Japan and Viet Nam.

Sai Gon Thuong Tin Commercial Joint Stock Bank (Sacombank) planned to sell 20 per cent of its stakes to a foreign partner this year in order to increase charter capital.

According to its Chairman Pham Huu Phu, Japanese investors were among those being highly considered.

At a shareholders‘ meeting of the Housing Development Bank (HDBank) in April, the bank announced its plan to call for capital from strategic foreign partners.

It later co-operated with businesses from Japan and the UK and hired a consultancy company to seek further appropriate partners.

Many Japanese investors had already poured money in buying stakes in Vietnamese banks.

At the end of 2012, Viet Nam Joint Stock Commercial Bank for Industry and Trade (Vietinbank) signed an agreement to sell a 20 per cent stake, worth US$822 million, of its business to Japanese Bank Tokyo-Mitsubishi UFJ.

This marked the biggest M&A deal in the country’s financial industry. Recently, Vietinbank increased room for foreign investors to 30 per cent.