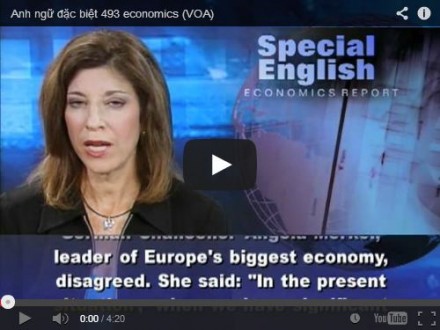 This is the VOA Special English Economics Report. The International Monetary Fund will need to find a new leader. On May eighteenth Dominique Strauss-Kahn resigned as managing director. Mr. Strauss-Kahn was charged with a sexual attack on a cleaning woman at a New York hotel. He said in a resignation letter that he denies the charges “with the greatest possible firmness.”

His fall has especially shocked Europe. The IMF is currently playing a major part in rescue loans to Greece, Ireland and Portugal. European nations have increasingly depended on the fund to help them in their recent struggles with debt.

The IMF and the World Bank grew out of an international conference held in the United States in nineteen forty-four. They were created as ways to support economic cooperation and development.

Both are both based in Washington. The World Bank has traditionally been led by an American and the IMF by a European.

But fast-growing economies in the developing world say it is time for a change. Officials from Brazil, China and India say Mr. Strauss-Kahn’s replacement should come from outside Europe.

German Chancellor Angela Merkel, leader of Europe’s biggest economy, disagreed. She said: “In the present situation, when we have significant problems with the euro and the IMF is very much involved there, there should be a European candidate with support from the international community.”

The main job of the IMF is to help make sure payments flow smoothly between nations. Sometimes this means providing loans so governments can meet debt payments.

The money it lends comes mostly from quotas — financial promises made by its members. One hundred eighty-seven nations belong to the IMF. The lender currently has about two hundred fifty billion dollars in approved loans. Most have not yet been used, or drawn down.

What effect the resignation of Dominique Strauss-Kahn will have is unclear. He was praised as a skillful negotiator in dealing with Europe and the global financial crisis. But Stephanie Rickard at the London School of Economics says IMF staff members do the actual negotiation of loan conditions. “And they’re going to continue to do their job.”

Dominique Strauss-Kahn became managing director in two thousand seven. The Frenchman widely known as DSK is a member of France’s Socialist party. Before his arrest, he was considered a leading candidate for France’s presidential election next year.